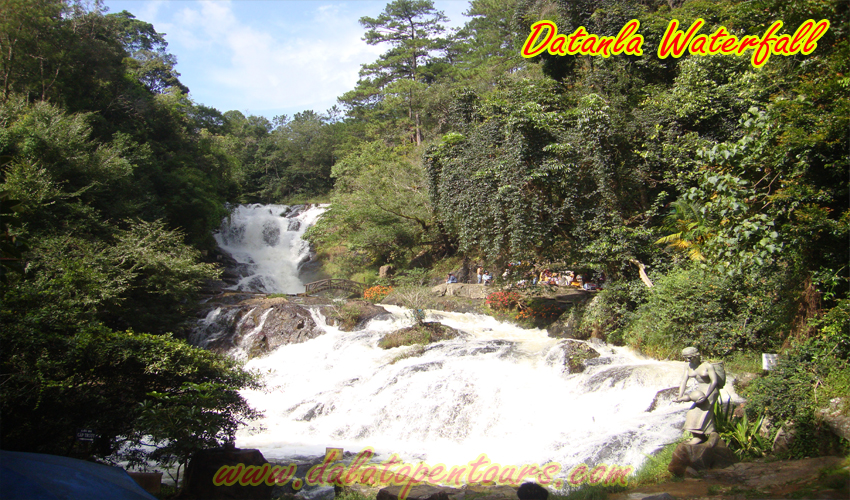 Located beside national road 20th, 5 km from downtown of Dalat, Datanla tourist site has an area of 312ha set amidst the preservation forests.
The legend story of Datanla waterfall
Datanla used to be called “Da Tam N’nha” by the native people. The Kho who had been living there told that: in the old time, fairies usually came there to take a bath. But people didn’t know that there was a stream under the leaves there. So, when native people discovered the water under the leaves”. Later, the word “Da Tam N’nha’ was pronounced to “Datania” and then changed to “Datanla”. It has become the official name until now.
Datanla waterfall
Activities at Datanla falls
At the foot of the waterfall, Datanla stream flows slowly through cliffs then fflow onto a deep hole called deadly abyss located between two vertical cliffs with the height of over 40m. Tourist can walk down to the fall or they can take the roller-coaster to the site.
The alpine coaster at Datanla waterfall
In recent years, Datanla tourist site has exploited some more adventure activities for visitor trying such as Canyoning, trekking, rock climbing.